Abraham Lincoln Woods III, MD, is an experienced and committed urological surgeon at the Center for Urology in Altamonte Springs, Florida. He is recognized among physicians, patients, and the wider community as an expert on prostate cancer, benign prostate enlargement, female urinary incontinence, and pelvic floor disorders, as well as many other urological concerns. In addition to serving his patients in his private practice, he speaks about critical health care issues in the media, at community forums, and at professional conferences.

Dr. Woods is particularly involved in issues related to the prevalence of prostate cancer among black males. He has been an invited speaker on this topic for television and radio programs and for public events. In addition, he has been honored for outstanding service from organizations like the American Red Cross, American Cancer Society, Us Too/Man to Man, and the African American Male Health Summit. Most importantly, Dr. Woods is available to his individual patients for all of their urological concerns.

In 1999, Dr. Woods, a leading prostate surgeon, was presented with a life-changing family emergency. In Birmingham, Alabama, his birthplace, his mother was diagnosed with metastatic breast cancer and his father was diagnosed with non-small cell carcinoma of the lungs and both given six months to live. Dr. Woods, along with other family members, worked together on a plan for life. Nine years later, he buried his father, who died from a heart attack, and seven months later, his mother, who died from a broken heart losing her husband of sixty years of marriage. This successful fight with two of the worst and aggressive cancers birthed a new spirit and a new approach to traditional medicine and urology in his practice. Today, he has dedicated his skills and practice of urology in honor of his parents. Dr. Abraham and Marian Woods, who were his devoted patients, as well. At the Center for Urology in Altamonte Springs, patients enjoy being under the care of a doctor who treats them like family. At the Center for Urology, they remove the fear of cancer and prepare you for a new beginning.

Dr. Woods completed his bachelor's degree and medical degree at the University of Alabama in Birmingham on a United States Navy scholarship. Afterward, he continued his post-undergraduate studies at the University of Vienna in Austria. He served his surgical residency at Mount Sinai Hospital and Medical School in East Harlem, Manhattan, in New York City and his urological residency at Tulane Medical Center and Medical School in New Orleans, Louisiana. As part of his residency training at Tulane, he participated in a VA hospital prostate cancer study as a fellow while completing his required four years of postgraduate training in urology.

After completing his extensive post-graduate medical training, Dr. Woods served in the United States Navy as active duty from 1987 to 1991. His Navy assignment was to serve as Chief of the Department of Urology at the Naval Hospital in Orlando, Florida. He participated in the US Naval Reserve Medical Corps from 1978 to 1994, in which Dr. Woods completed his career as a navy commander.

Dr. Woods is certified by the American Board of Urology.

Dr. Woods' early start in research was working in the research lab of Dr. Andre Blum, one of the world's greatest and renown gastroenterologists. He worked on the first H2 blocker called Tagamet. He spent time working with Dr. Blum in the United States and eventually living and working with Dr. Blum in Zurich, Switzerland. From his tenure with Dr. Blum, Dr. Woods became a great researcher, mathematician, and German language scholar, which caused Dr. Blum to request early entry as a student at the University of Alabama in Birmingham at age 15.

In research, Dr. Woods conducted many local studies in conjunction with several pharmaceutical labs. One remarkable study looked at the use of urine PCA3 in high-risk males 10 years ago, which radically changed his view on PSA for detection and monitoring high-risk males for prostate cancer. This led to Dr. Woods' Center for Urology in Altamonte Springs, Florida, becoming a leading center in active surveillance for prostate cancer in Central Florida reducing the need for surgery, radiation or any other form of treatment offered by his peers. Today, countless men have achieved down-modulation of genetic markers related to prostate cancer resulting in a decrease prevalence of active cancer by following his strict protocols related to diet, exercise, and lifestyle changes.

Dr. Woods has worked with nutrition experts around the world in order to understand how the daily consumption of certain foods can regulate genetic markers for prostate cancer to grow rapidly. For this, he is known by his peers as an Uro-nutritionist. Active surveillance is more than counting calories, it is a strict discipline that Dr. Woods coaches his patients through, to achieve a cancer-free and healthy life.

Dr. Woods served as a consultant to Abbott Pharmaceutical on Hytrin, alpha-blocker for benign prostatic hyperplasia, along with Dr. Herb Lepor, presently chairman of urology at New York University. They were the first to publish a men's health magazine to discuss a new treatment for BPH using medication and not the traditional TURP surgical removal of the benign prostate. Many articles were published from this research and from this Dr. Woods became a national expert and speaker on alpha-blockers.

Dr. Woods is a frequent presenter at professional medical conferences, such as meetings of the American Urological Association and the National Medical Association. He has researched and presented on topics such as prostate cancer, infections in urology, benign prostatic hyperplasia (enlargement), and urologic cancers. He also has provided educational presentations in the community, including topics such as prostate cancer among black males, treatment updates for primary care physicians and physician assistants, benign prostate hyperplasia, and many other topics.

In addition to his professional involvement, Dr. Woods is active in community service. He was an advisor and member of the American Cancer Society's Statewide Task Force for Prostate Cancer. He co-founded the Highlands County Prostate Cancer Support Group. He has received awards from the American Cancer Society for outstanding work in the prostate cancer field as well as for his volunteer work with the society.

For over twenty years, Dr. Woods has served as medical director to Dr. Angela Adams, the founder of the Blackmen's Health Summit in Central Florida. This collaboration has been successful in screening and educating over one million minority males in prostate cancer prevention, decreasing the incidence of prostate cancer morbidity and death in the Central Florida community.

Dr. Woods has extended his volunteer efforts abroad and in other aspects of our community. In 1972, he volunteered with the American Red Cross to teach basic health care and set up a Red Cross agency in Malawi, Africa, after which he received recognition awards from the American Red Cross and the government of Malawi. He has also been an active speaker for the Man of Tomorrow Series, a program for young high school black males, sponsored by Alpha Phi Alpha Fraternity, Inc.

We are offering the latest non-invasive treatment for Urinary incontinence. Achieves 90% success in three weeks. 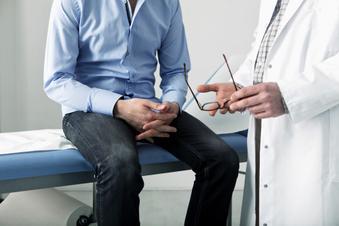 Most people will experience a problem in the bedroom at some point in their life. But if it persists and recurs, you might be dealing with a specific type of sexual dysfunction. Here are four common types — and how we can help treat them. Does an Enlarged Prostate Lead to Cancer?

Good news: An enlarged prostate doesn’t necessarily mean you’re at a greater risk for cancer. Bad news: In some cases, it can. Learn how to accurately monitor your prostate cancer risk here. 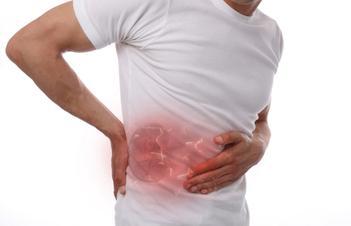 There are four different types of kidney stones, depending on what substance causes the deposits in your urine. Fortunately, no matter which type affects you, proper treatment can alleviate your discomfort.

Words from our patients